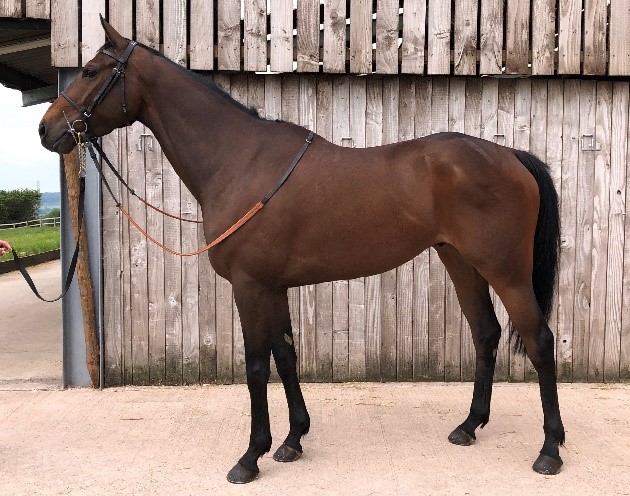 Brigade of Guards is an attractive, athletic five year old gelding who has a really good level of form over hurdles and looks a potential improver for the season ahead and is a tremendous addition to the yard. A son of the top-class National Hunt sire Presenting, whose numerous top-class performers include the likes of Denman, War Of Attrition, First Lieutenant etc, he is bred on the same cross (Presenting out of a Jurado mare) as Irish National winner Niche Market and looks just the type to make up into a very useful staying chaser in due course.

A close fifth (beaten under six lengths) behind some high-class performers on his bumper debut last February, he ran some very good races in defeat over hurdles last term.  He finished third on his final outing for previous connections in a maiden hurdle at Ascot, where he travelled particularly well off a slow pace, but just looked to get caught out when they quickened, before staying on again late.  He looked there, not for the first time, like a step up in trip to 2m4f plus would be of great benefit to him and that it backed up by his exceptional staying pedigree.

Brigade Of Guards looks a ready-made level-weights novice hurdler for the season ahead and, at the age of five he has the scope for plenty of improvement.