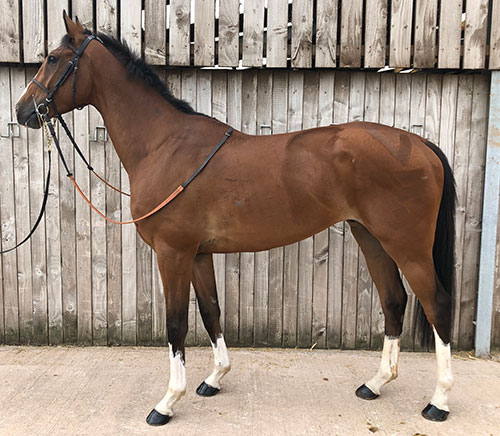 A son of Sholokhov, whose progeny include Gold Cup winner Don Cossack. His half-brother Full Cry finished fourth/third in two points but developed into a very useful performer under rules (Graded-placed over fences, Racing Post Rating 143). His dam is by an excellent sire (Un Desperado, sire of Best Mate and an excellent broodmare sire as well) and is a half-sister to several multiple winners, including the top-class staying chaser Kingsmark (RPR166).

A gorgeous, athletic individual with plenty of scope, this five-year-old has shown a strong level of form in Irish points last season despite hailing from a yard whose horses struggled throughout the campaign and looks a likely big improver.

Freedelivery stands out as one that could improve a great deal. He has already won in club colours over 2 miles at Ffos Las and we are confident that he will build on this and continue his winning form and become a great chaser in 2020.  The yard he came from have sold on plenty of top-class horses and he definitely looks like an exciting National Hunt prospect.

He seems to favour soft / heavy ground so should fare well in the current weather conditions!